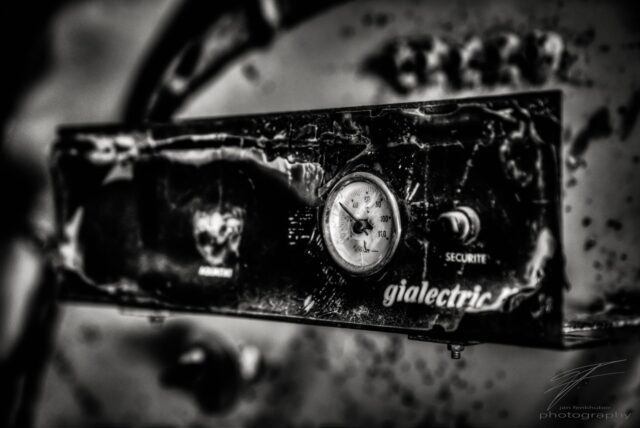 Stuck at 31° Celsius – the dial for the boiler temperature. A boiler that was mostly disassembled, stolen and the remains are silently rusting away.
The temperature must be a memory of better days. On the day of the visit in mid April, it was a cold afternoon in the mountains; far away from even twenty degrees. 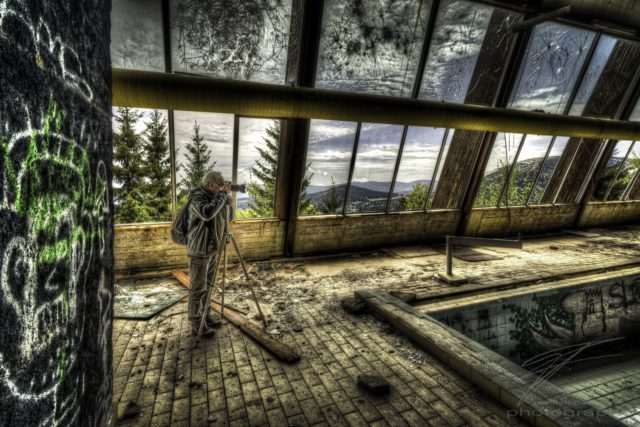 At the old pool in the Clinique du Diable, Frank frames his shot. 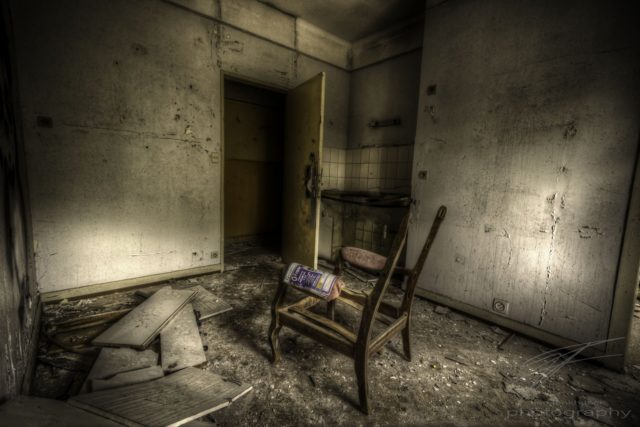 An empty chair left with nothing but a magazine on. 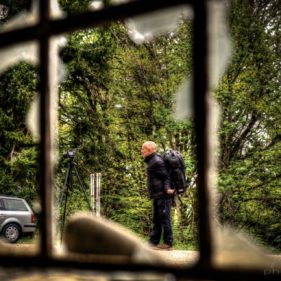 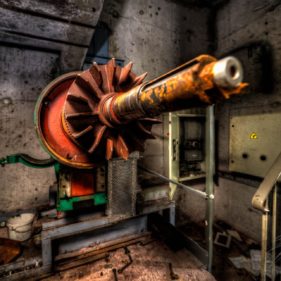 This is the only remainder in a small room – everything else got stolen. One can only assume that this engine was once driving the ventilation of the main building. 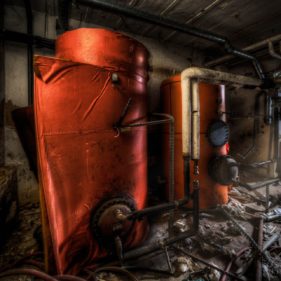 The hot water cooled down a while ago – most likely the boilers are completely dry and rusty inside… and somebody may have already checked if it’s worth to peeling them off to get the metal underneath. 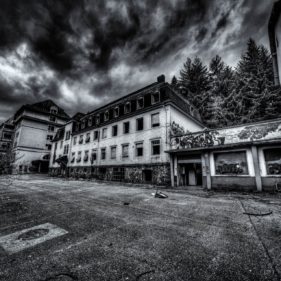 The Clinique Du Diable is a big complex with six buildings. This is the view from the front to the main building with some of the employees’ houses. This time in black and white.

Shadow of a Chair 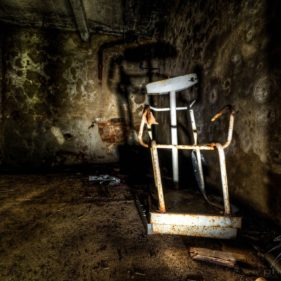 Shadow of a Chair

In the basement of the chief doctor’s villa, a strange chair is waiting in a dark corner. The screws and shape may remind more of torturing than healing patients…

Color in the Attic 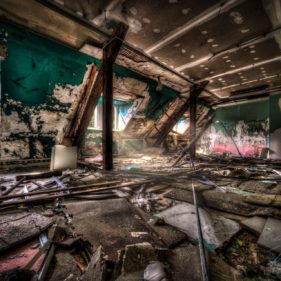 Color in the Attic

Green and red walls, remains of a red carpet… it must have been a colorful room. Although it’s not on top of the building, there is the roof forming one wall – so almost the attic.