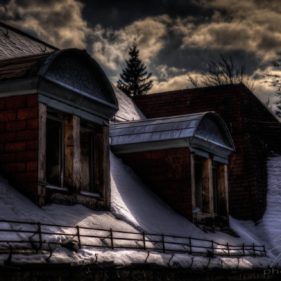 At the end of April, there is still snow in the hills of Alsace. If someone would stay inside this building, most likely all windows were closed that day.

Look in to the Tube 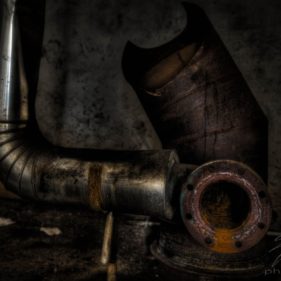 Look in to the Tube

Once a huge boiler was connected to those tubes. One tube most likely was for water, the other connected to a chimney. If there is a little wind outside, a low and hollow whistle sounds from the openings. 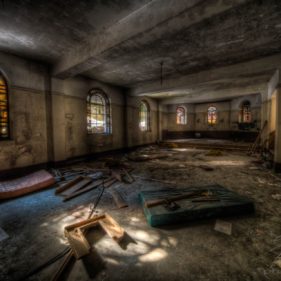 Where once people gathered for worship and to find peace, only shattered and colored windows remind us of the place it used to be. 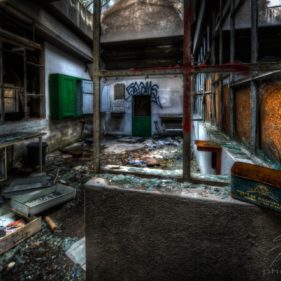 Inside the garage, where a workshop surrounded by windows used to be, someone once must have had a little snack: some mackerel in a white wine sauce. The can is rusty, all glass broken… and the fish digested long time ago.

Friday 17:01 – Everybody left the building 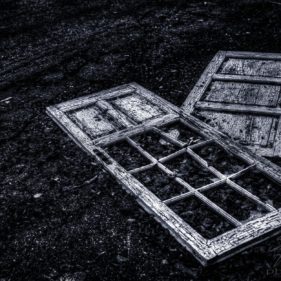 Friday 17:01 – Everybody left the building

Maybe not every company is the same. But when the weeks motto is “Robinson” (waiting for Friday), as soon as possible there is an exodus and people run out to enjoy some days of weekend. 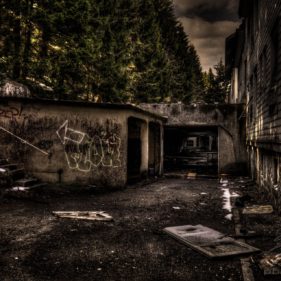 In the back, along two buildings, locates a big garage. Due to a rather remote location, cars were (and still are) a must to get here – or several hours of hiking up hills and forests. 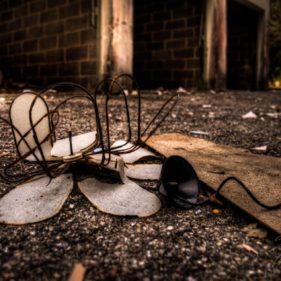 Once hanging protected in a room and providing light in the dark, color faded after it went dark and the elements gave it a rusty appearance. 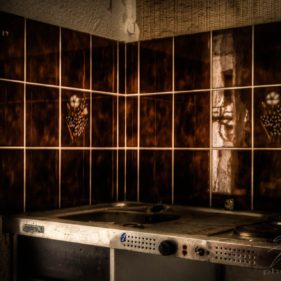 In the staff housing (we assume), some rooms were equipped with a kitchenette. At least one of them survived the days and kept a charm of the 70’es style with brown tiles. 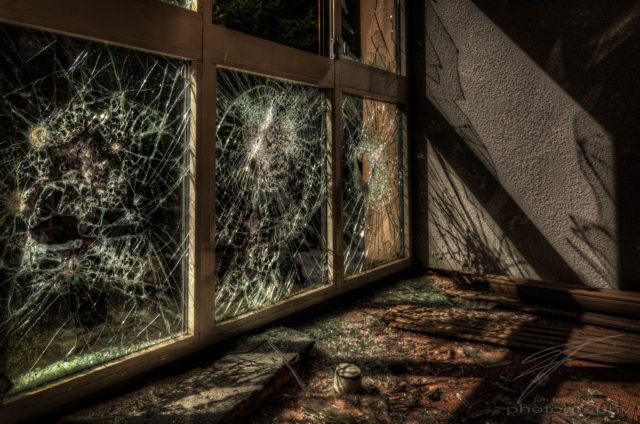 In a place where no window stayed intact, the sun draws shadows of the remains. Cracks, broken fragments and light telling about moments of the past.