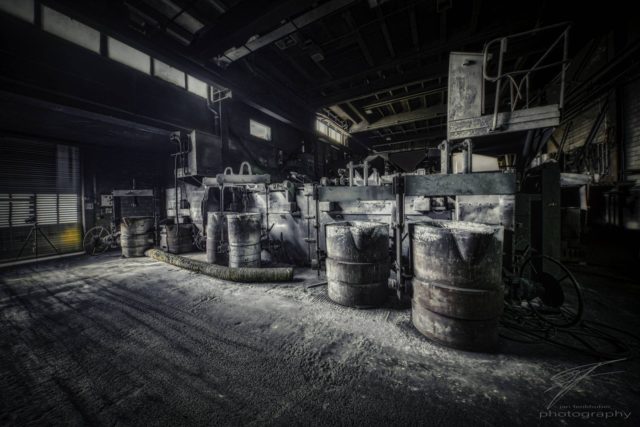 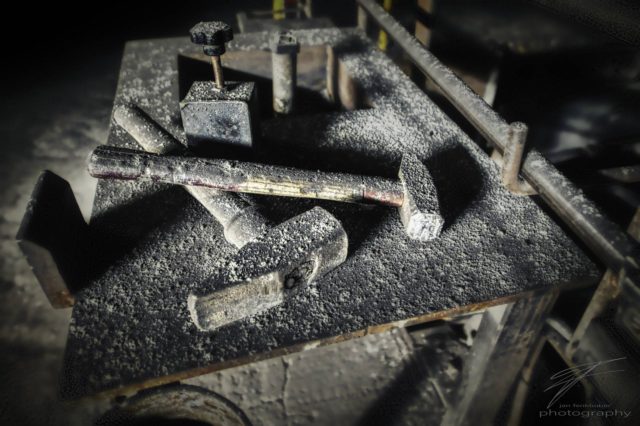 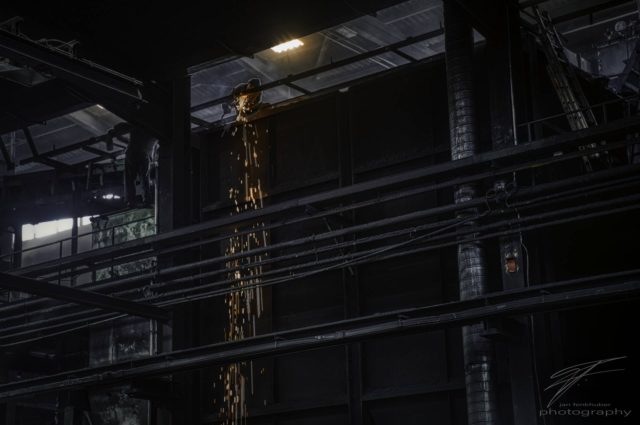 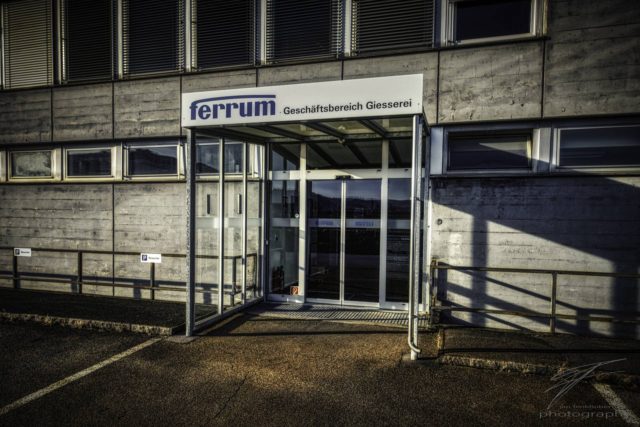 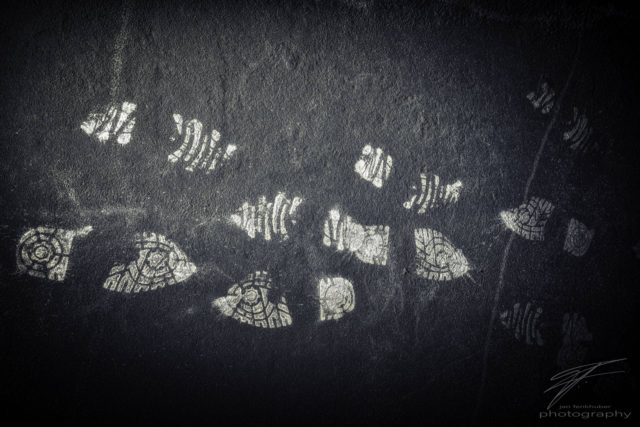 Welder in the Corner 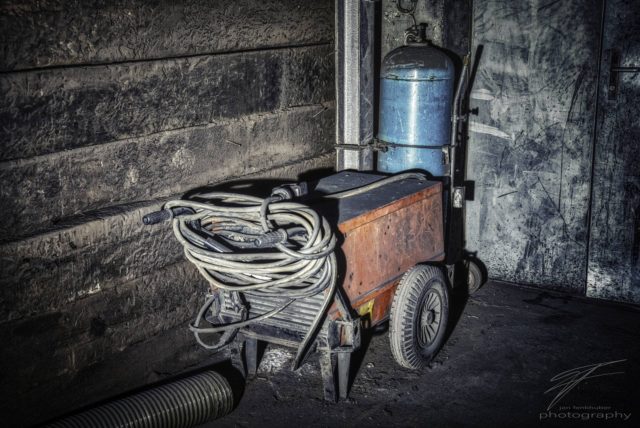 Welder in the Corner

In one of the dark corners of the old foundry, an old arc welder stays hidden and without power… 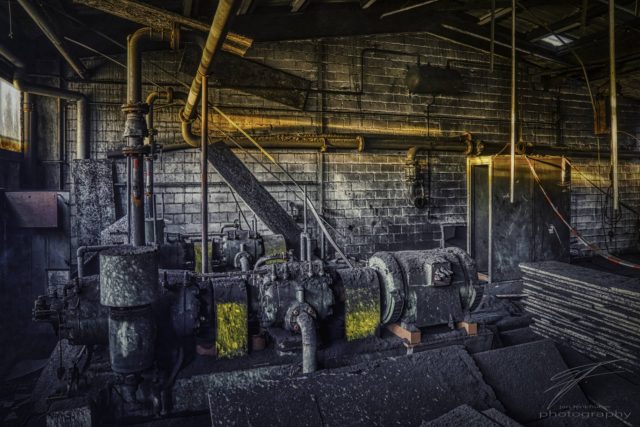 On the top floor of the old foundry an old compressor lays under a thick layer of black dust, unused since years. 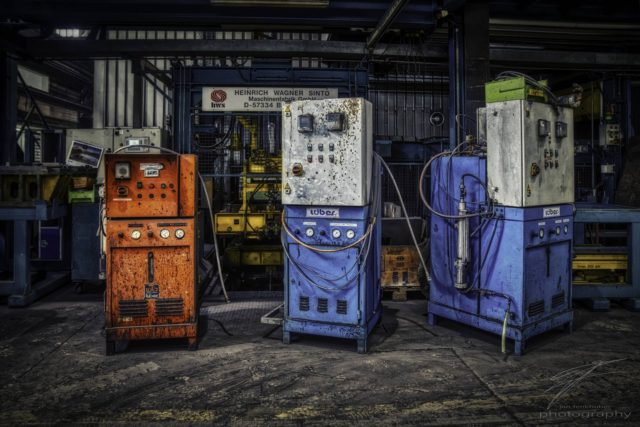 Curly, Moe and Larry were working at Ferrum :p 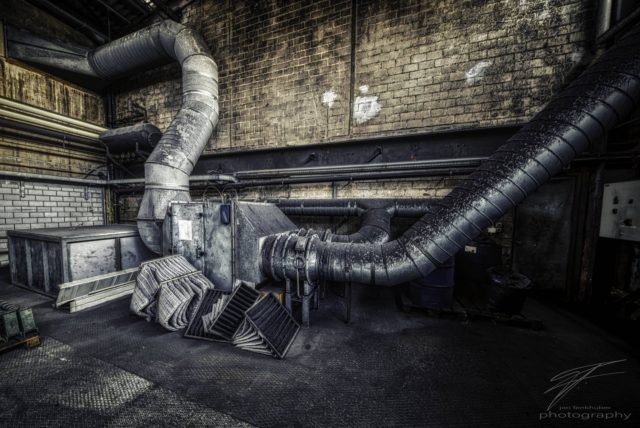 A part of the air filtering system and some old filters in the old foundry.

Geschäftsbereich Giesserei – The entry to the old Ferrum foundry in Schafisheim.

The visit in Ferrum gave quite an impression about foundry business: In the dusty air, every step left a print in the thick black dust and a small cloud behind. A metal foundry is neither a clean environment nor an easy or healthy job… 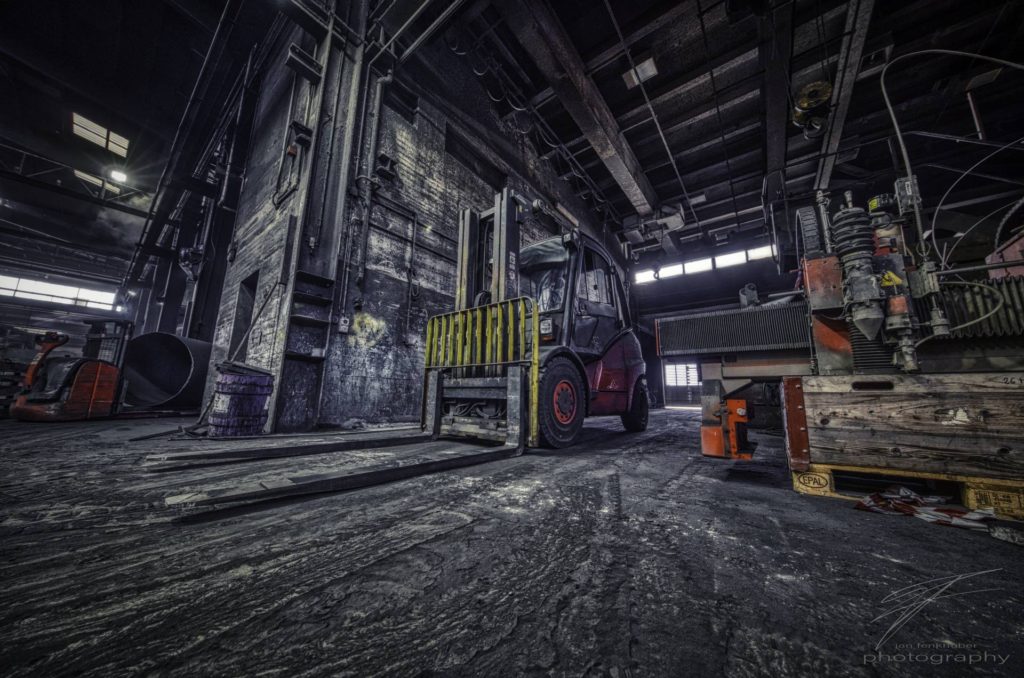 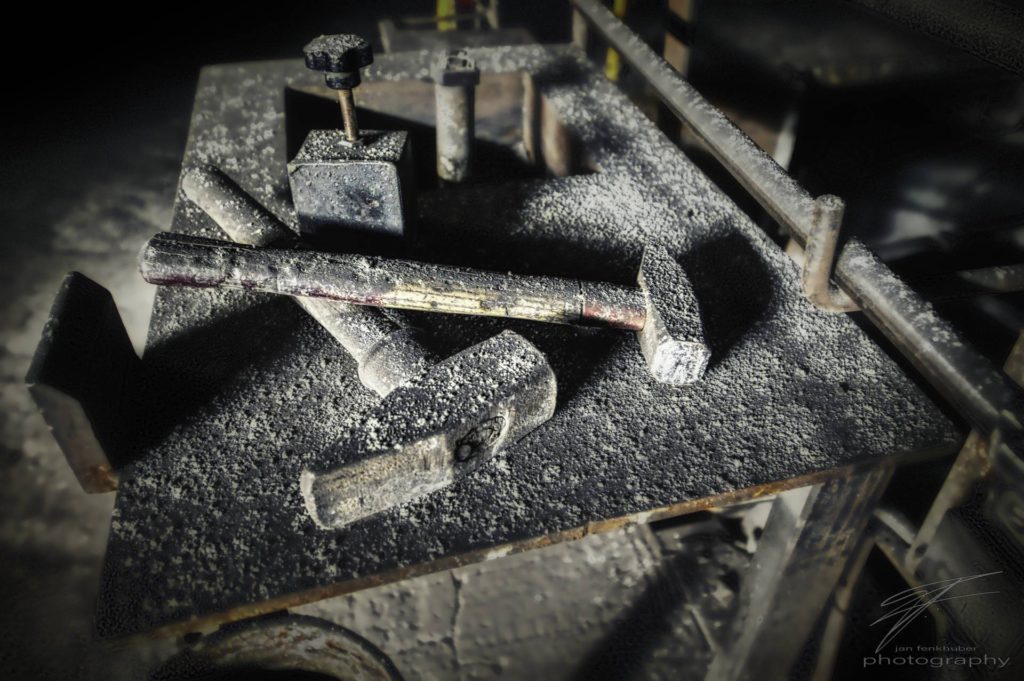 Close to the ovens the hammers are laying like someone will use them again in a minute. But it’s months ago since the last mold was cast… 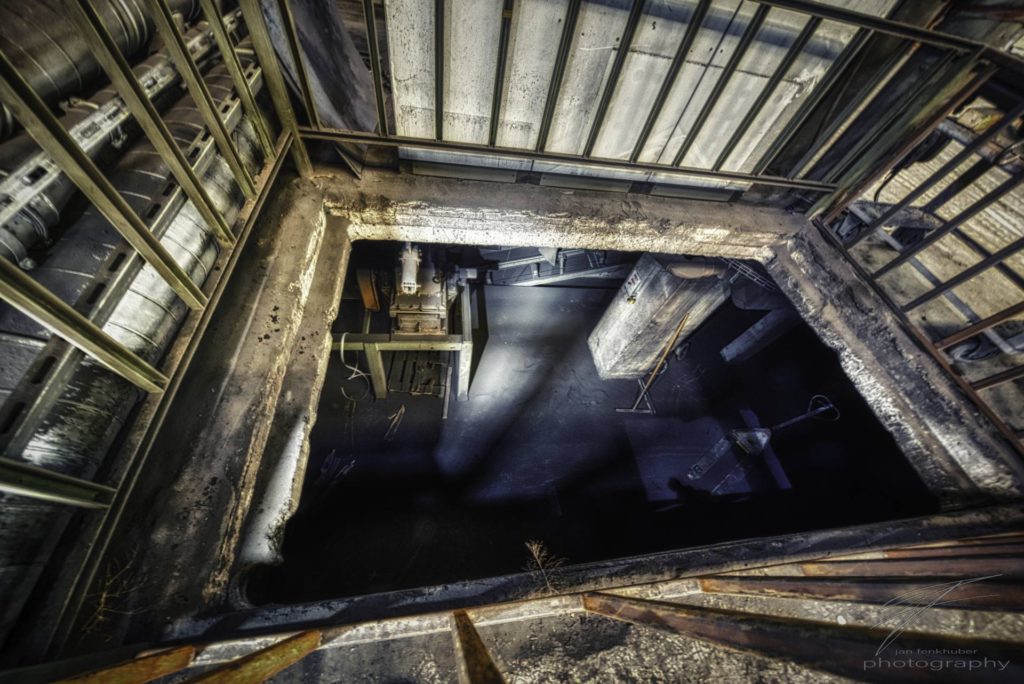 Who does not have to look down if there is a hole in the floor? 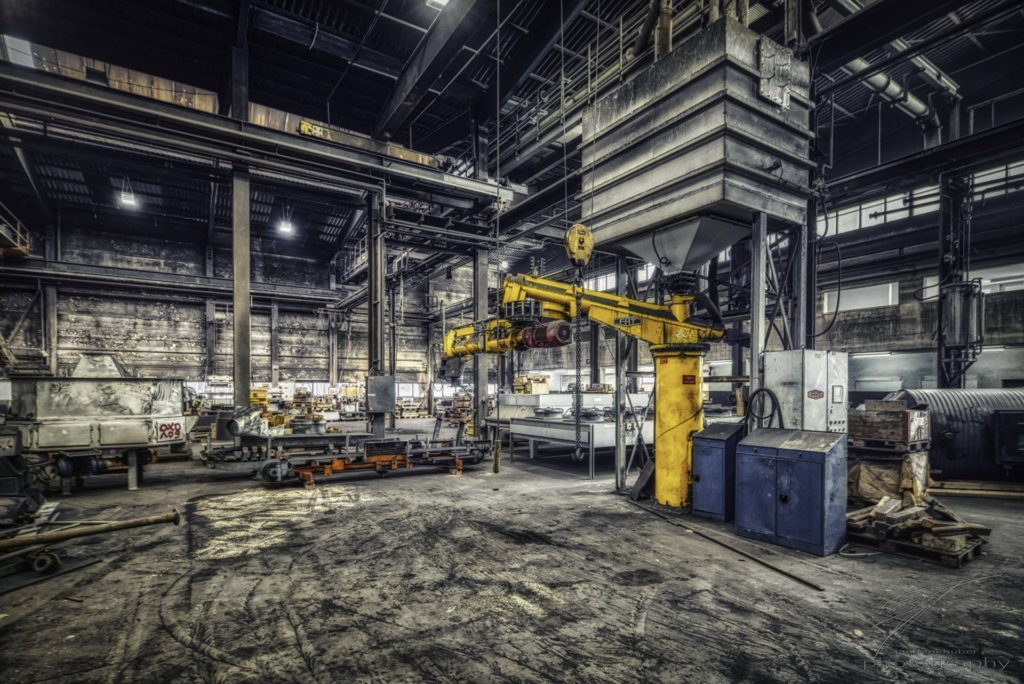 Once used to handle the heavy, molded parts, a crane stands like a big, yellow arm with red muscles.